This story is as much about a used $500 downhill mountain bike as it is about Kevin's progression as a rider. Less than two years ago, Kevin started mountain biking in earnest. Up until that time he had only borrowed bikes and/or ridden casually.
To avoid abusing his enduro bike, Kevin bought a used downhill bike for $500, but it needed some TLC. With a very minimal investment, he and I got the bike running well enough to take to Windrock for a proper test.
Now the bike needs more work, but it's officially part of Kevin's fleet.
Enjoy!
Kevin's RSclub Channel
rsclub.info/cloud/4bKHbrzUtRGHnmFfYRaOXA.html
Kevin's First Downhill Ride
rsclub.info/life/video/oH-va7WXmXtoyNM.html
@windrockbikepark
windrockbikepark
All music in this video is from share.epidemicsound.com/trQSg 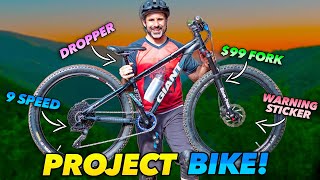 Old Budget Hardtail Gets Fixed Up and Sent Hard! 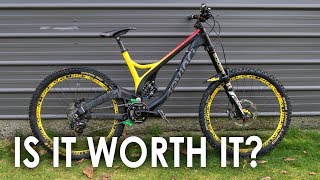 My Newbie Story of Buying a Used Bike - The Truth about my Devinci Wilson (Learn from my Mistake!) 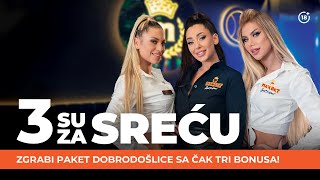 MTB Overhaul! Totally replacing everything on my bike for the cause

We gave my neighbor's hardtail a parts bin overhaul!